Learn, Define And Develop The Evolution Of Critical Communications

Some of the most valuable and interesting information shared at the Congress is through the interactive Panel Discussions found throughout the programme. In the last few years, we have seen particularly lively debates around TETRA Network Investment, Application Development, Short & Long Term Opportunities For TETRA and Control Room Communications. END_OF_DOCUMENT_TOKEN_TO_BE_REPLACED

“Implementing RTIC’s in all Command and Control Rooms is a big challenge especially during a period of time in which the Dutch police is transforming from ‘old to new’ “Martien Hoogebeen, Project Manager – Control Rooms and Real Time Intelligence Centres Netherlands Police 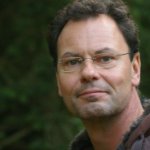 Martien Hoogebeen will be presenting Creating 10 Real-Time Intelligence Centres – Experiences from the Netherlands Police Force at Control Room Communications 2012. He recently shared some of his experiences with us and gave insight into the challenges he faces, in building 10 RTIC’s – giving you a taste of what to expect at this years conference.

IIR: How do you examine the role and importance of having a real-time intelligence centre (RTIC) to support your control room and field units with information?

For the police the time has come to improve our Command and Control Room performance and make a step toward a Command and Control Room that is not only a dispatch-centre but to one with a big role in directing operations in the field. The need to push real-time intelligence to units in the field is greatly felt. Units in the field are better prepared in combining information from different sources and reaction is quicker and more adequate and we can already see a larger number of arrests. The Dutch police are especially keen on improving the number of ‘red-handed arrests’. We see an important role for RTIC in monitoring social media. In the short history of RTIC we have seen a number of serious incidents (kidnapping, domestic violence, robberies) which were solved in a short amount of time, mainly by the use of intell from social media.

IIR: What are the challenges of building 10 RTIC’s and how can you share the lessons learned?

MH: Implementing RTIC’s in all Command and Control Rooms is a big challenge especially during a period of time in which the Dutch police is transforming from ‘old to new’. That has a lot to do with the transition of power. The 26 chiefs of police of old are still there but not really in charge anymore. The new chief (the only one) has already started his job but is not in charge formally. Regulations concerning personnel is changing but will only be in effect as of next year. So getting new personnel appointed, educated and transferred to their new jobs appeared to be quite difficult. Professional associations (trade unions) were not happy to comply and it took a lot of negotiating to make it happen.

For full details of all the learning and networking opportunities available to you at Control Room Communications, download the programme